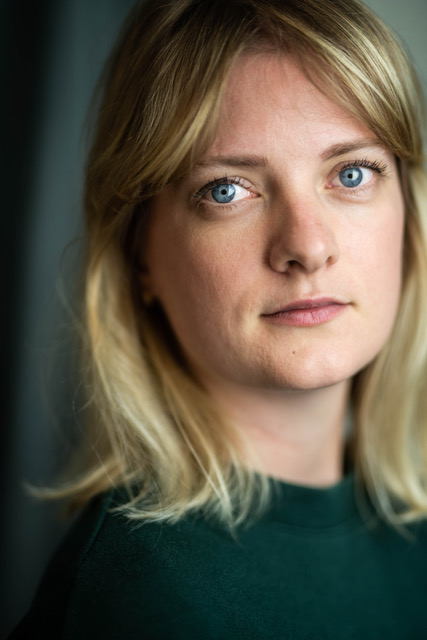 Rosa van Leeuwen (Amsterdam, 1988) graduated from the Toneelschool in Arnhem in 2013, and since then she has performed with various theater companies such as Noord Nederlands Toneel, Dood Paard and Ro Theater. She is also part of the theater group Moeremans & Sons, developing her own theater productions. In 2019, Rosa won the Colombina (a prestigious theater award for best supporting actress) for her role in Who’s Afraid of Virginia Woolf? from Dood Paard.

In addition to the stage, Rosa can also be seen on television and the big screen. In 2020, she starred in major series as Vliegende Hollanders and Koppensnellers, among others. To the general public she is mainly known for her role in the successful series Papadag.