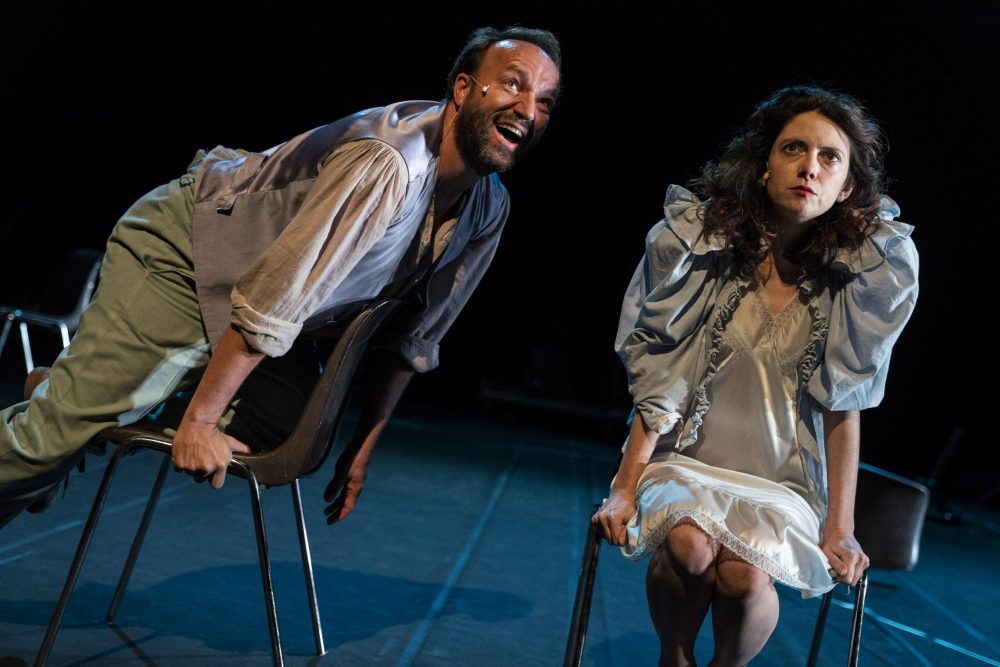 The cast of theatre production Uncle Vanya presents an online theatre film, from 14 to 20 December on demand on the online stage of the NITE Hotel.

Outside there is a crisis. Inside, in an abandoned theatre, a group of actors is waiting for the arrival of the audience. When the tension is unbearable, and the world of crisis has come too close, the actors decide to escape in the old story of the Russian writer Chekhov. This play by Chekhov is about Vanya who worked like a dog for his brother-in-law, an arrogant professor, for decades. Because they thought what the man did was important, Vanya and his niece Sonja ran the estate so that the professor would make the world a better place with his knowledge. But the professor turned out to be a failure and his elitist projects non-existent. Vanya gave his life for an illusion. And now what?

While the actors try to escape in this story of 120 years ago, it turns out to be terrifyingly much about today’s world and becomes disturbingly topical. Thus the story of the actors and the story of Vanya coincide: how to proceed in a world in crisis, at a time when our current economic and social system seems to be falling apart? What new stories do we then need?

According to the press, the theatre production of Uncle Vanya was disruptive, strong, cinematic, compelling, daring and idiosyncratic, that premiered last October. The tightened measures of the National Institute for Public Health and the Environment, the RIVM, then made it impossible to continue the planned tour. Because this story has to be told, NNT guest director Liliane Brakema joined forces with cinematographer Sal Kroonenberg for an online theatre film. The result is an exciting mix that transcends disciplines.