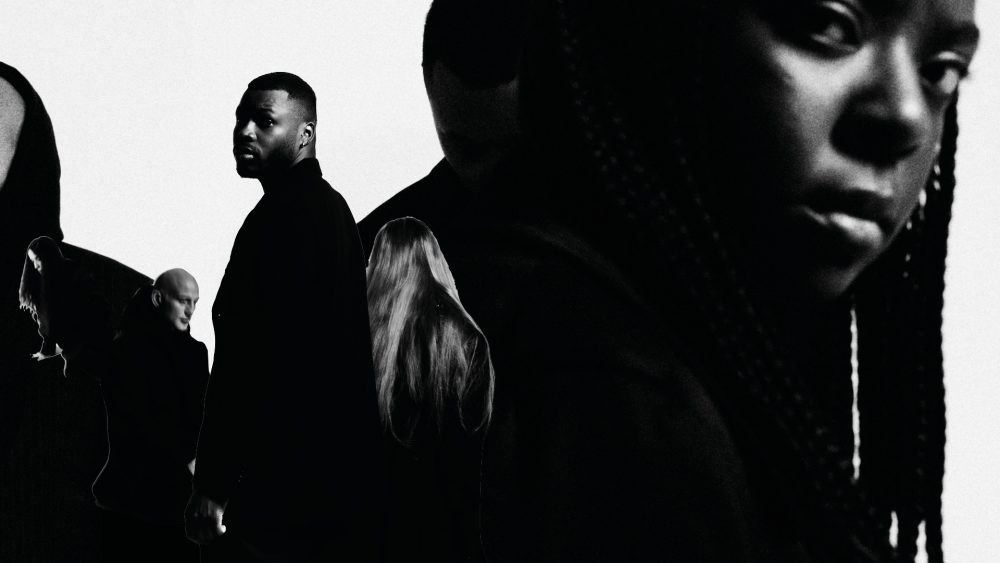 “Today I decide to forgive you. Not because you apologised, or because you acknowledged the pain that you caused me, but because my soul deserves peace.”

Freedom is a strong word that as a society we oftentimes use lightly. The closer we are trying to get to the core of the concept, the harder it becomes to grasp. The same is true about forgiveness. How is a person who is taken from their home, captured and kept for 16 years without accusation, trial or verdict able to forgive the people that tortured them? How does a person even survive a situation like this? How do they reach their literal but also their spiritual freedom during their captivity? But maybe even more importantly how do they struggle to gain freedom long after they are no longer held by walls and fences? Inspired by the unbelievable story of Mohamedou Ould Slahi Club Guy & Roni and Slagwerk Den Haag are searching for an understanding of what that freedom could be.

The very first piece Club Guy & Roni premiered a couple of days after the 9/11 attacks. In the following 20 years the pieces of the dance company have always been (re)searching how emotions shape us as humans but how they also shape societies. FREEDOM is the newest piece in their Human Odyssey, a series that previously tackled emotions like fear, love and happiness.

Mohamedou Ould Slahi was born in the country of Mauritania, to a very poor family. In the late 1980s he won a scholarship to study in Germany. When already living in Germany, Mohamedou decided to join the fight against the communist government in Afghanistan. To train for this fight he went to an Al-Qaida camp. There he had sworn loyalty to the jihadist group, but as he has said repeatedly he broke all ties with them after the communist government collapsed and various mujahideen groups had started fighting against each other.

Mohamedou is at his mother’s house in November of 2001 when he gets a call from the police to come in to be interviewed. He tells his mother he will be right back, but he disappears.

“There were four of them when I stepped outside the door of my mom and my aunt’s. Both kept their eyes staring at me. It is the taste of helplessness when you see your beloved fading away like a dream and you cannot help it”.

It was months later when Yahdih, Mohamedou’s younger brother who lives in Germany picked up Der Spiegel and learned from an article what had happened to Mohamedou.

Mohamedou himself realised he was not going home when he was stripped off his clothes, put in diapers, was handcuffed and eventually was forced on an airplane. In August of 2002 he landed in Guantanamo, Cuba.

“’I’m going to do everything that I am allowed to in order to break you. You will never see your family again.’My answer always was: Do what you got to do. I have done nothing. And as soon as I spit my words he went wildly crazy as if wanted to devour me alive.”

In Guantanamo Mohamedou is subjected to a whole list of torture technics that had been approved by the Secretary of Defence. Significantly this included what in Guantanamo was known as the “frequent flyer program“ it was called that because they wouldn’t let people sleep and kept torturing them.

“’Blindfold the motherfucker if he tries to look.’One of them hit me hard across the face and quickly put the goggles on my eyes, ear muffs on my ears and a small bag over my head. They tightened the chains around my ankles and my wrists. Afterwards I started to bleed. I thought they were going to execute me.

They were trying to frighten him so he would tell them what they wanted to hear.

Mohamedou Ould Slahi spent 14 years being interrogated and tortured at Guantanamo Bay. His book The Guantanamo Diaries tells his harrowing story, and was recently adapted into the movie entitled The Mauritanian. But not just Mohamedou has this remarkable story, his manuscript has had a fairly remarkable journey as well. He started the book as a diary which over the years and with the appearance of the legal team surrounding Nancy Hollander became more and more an act of reclaiming his own narrative. What the editor got in the summer of 2012 was the version of the manuscript that was cleared for public release by the US Military which had layers of censorship grafted on to it in the form of blacked out sentences. The physical impression of a page full of redactions is like looking at a brick wall.

The amazing thing about Mohamedou and his writing is that even though his work went through heavy censorship his voice is still incredibly strong and clear. This impression was also the one the artistic team of FREEDOM had after reading Mohamedou’s story. It was clear from the start that FREEDOM would not become a documentary performance about the story of Mohamedou Ould Slahi. Rather, it is a performance that is inspired by his journey towards changing the narrative that was told about him, and eventually his journey towards forgiveness and reconciliation. Using their explosive, high-energy and poignant style Guy Weizman and Roni Haver created a dance performance that uses all theatrical means to get closer to Mohamedou’s journey. Without ever just illustrating the historical events, FREEDOM tries to let the audience in on experiences that are hard to put into words. In four parts the audience will immerse into aspects of Mohamedou’s experience from being captured and in limbo for the beginning of his time in detention, to finding a way to fight the system that kept him to his path to physical and psychological independence. FREEDOM looks at the last 20 years from today’s perspective and tries to create an emotional connection that leaves the audience questioning their own position in regards to freedom, overcoming and forgiveness.

“Until the the lion learns how to write, every story will glorify the hunter” – J. Nozipo Maraire

SIDENOTE
The dialogue in the performance between Mohamedou Ould Slahi and his interrogator „Mister X“ is originally found in episode 12 of the Podcast „Slahi – 14 Jahre Guantanamo“ by Bastian Berbner and John Goetz and the NDR. You can listen to the whole 12-part series via nite.nl/misterx